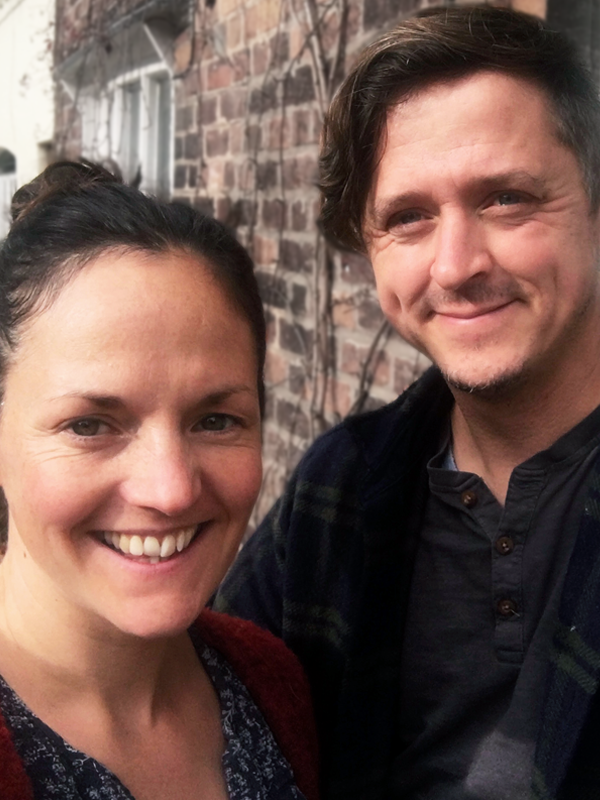 Liz and Joel Pike live in Shropshire with their four children.  Liz writes fiction, poetry and non-fiction, and she runs writing workshops for children and adults.  Her work has been published in The Guardian, Third Way, Fractured West, and in JUNO magazine amongst others.  She sells her hand lettered poetry prints on Etsy where she also takes commissions.  There You Are, her book of 34 original hand-lettered poems about motherhood was published in 2017.  She also writes on creativity and faith for various Christian publications.  Her latest book Circles: Nurture and Grow your Creative Gift was released in April 2019.  She has previously worked as a bookseller and librarian and has completed a Masters in Creative Writing from Goldsmiths University, London.

Joel writes music as Tiny Leaves. He began developing his solo indie-classical music whilst in other bands and launched his first EP in 2012.  His music has been used in West End stage productions, documentaries, adverts and films and he has played all over the country, including support slots for international artists such as A Winged Victory For the Sullen and Julianna Barwick.  His next album will be released in 2020. Joel is also an Art and Photography technician and lecturer.  His music aims to release the sound of heaven on earth.

Liz and Joel are involved in an Anglican church and a house church in Shrewsbury.